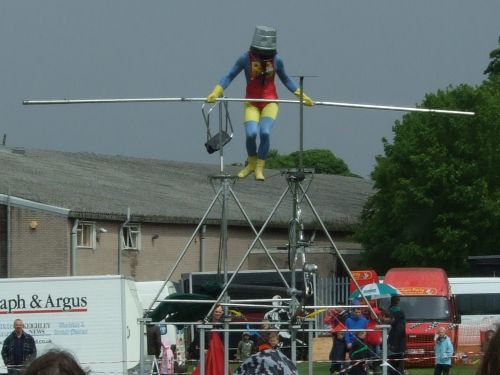 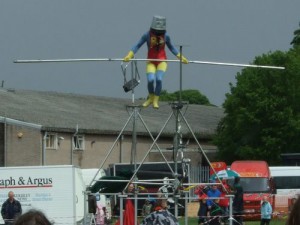 Pudsey is a market town populary known as ‘The City of Leeds Pipe Band’ located between Bradford city centre and Leeds city centre. Carnival on the other hand is a christian festive season that usually occurs before chritian season of lent. Pudsey carnival is a community event which takes place once a year.
Pudsey carnival was started in the year 1898. It ran for three years in a row then recommenced in the early 30’s till after the war. In 1988 it was started again by local volunteers and it has not stopped ever since.

This event acts as platform for local groups and organisations to showcase their talents/innovations. The event which takes a day and involves a series of events such as: a parade that runs Pudsey town, gymnastic displays, floats, stalls, climbing walls, football tournaments among others. Most of the activities in this events are performed by youngsters but in the end the involve the whole Pudsey community.
There have been many themes with each event having its own theme. In 2012 the theme was ‘Celebrations and Jubilations’, in 2015 ‘ Pudsey Got Talent’, in 2003 ‘Popstars on Parade’, in 2004 ‘Myths and Legends’, in 2005 ‘Sports and Leisure’ and in 2008 ‘World Food and Costume’.
Over the years the event has grown with more activities and more poeple attending the event. The organisers of the event have incorporated talents/innovations from other places to make the event bigger and better each year. In 2012 ‘The Stannage International Stunt Team’ which specialized in car, motor bike, fire and high fall stunts which eired up the crowd in attendance.

Many sponsers have come out to support this event moreso the local businesses. Lindley Clough, Charles Clough, Pudsey Councilors, Marks & Spencer, Asda and Pudsey centre businesses just to name a few have given donations in previous years to support the event. In this event money is aslo raiesd to support different worthy courses such as renovating playfields.

We are happy to announce our Carnival Queen for 2016 is Lauren Hill from Southroyd School.

The queen will be awarding the best participants in the carnival with presents from different sponsors like 25thweddinganniversarygifts.co.uk and Airquee.

The Early Years at Southroyd comprises a nursery and reception, providing education prior to the age of five. At Southroyd the early years’ experience is happy, active, exciting, fun and secure; and we support a child’s development, care and learning needs.